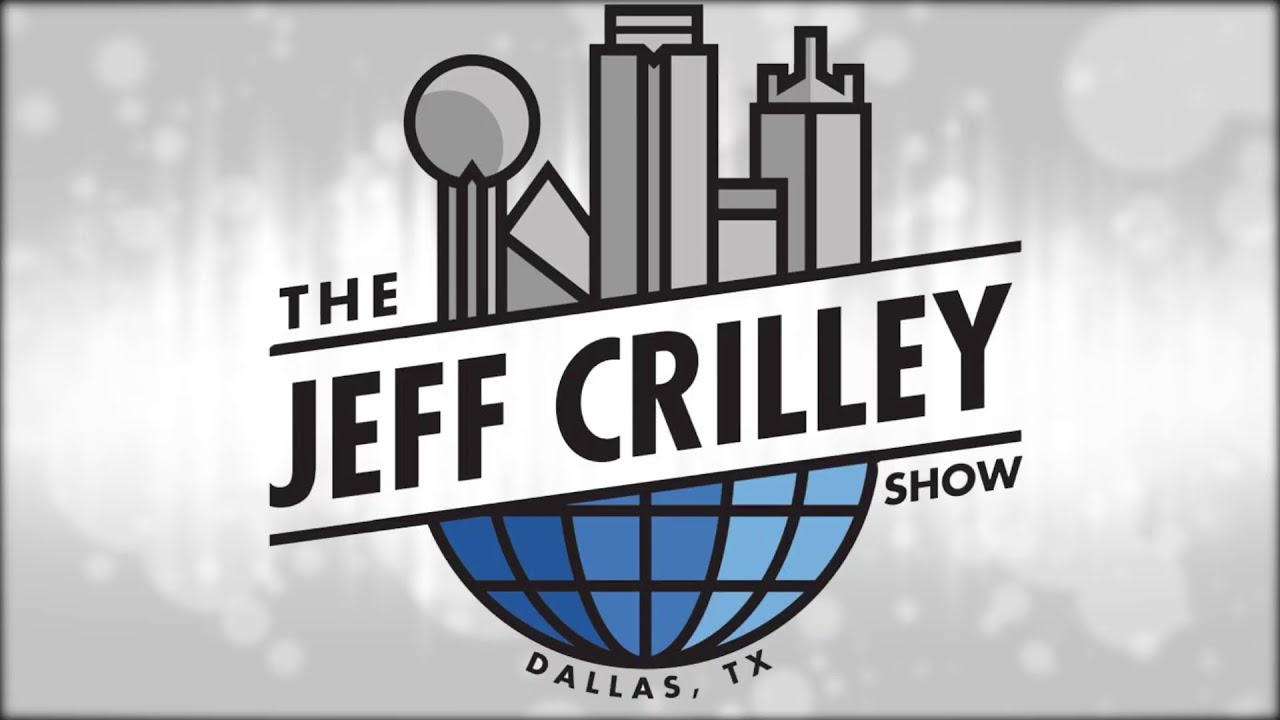 January 21, 2019. The Canine Life and Social Skills curriculum is ideal for pet owners who want to teach their dogs usable skills for real world circumstances.

January 18, 2019.  The company is offering three free weeks of dog walk services when a client signs up for three months of recurring walks.

August 2nd, 2018.  Park Cities Pet Sitter Has Partnered with Pawtree Because of Their Shared Commitment to Healthy and Happy Pets, with Products Delivered Straight to the Client’s Home.

June 28, 2018.  The company utilizes the community event to educate the public on its dog walking and pet sitting services.

Park Cities Pet Sitter Announces a “Learn to Speak Dog: Understanding How Dogs Communicate with Humans and Each Other” Seminar to be Held on Sunday, August 12th

June 13, 2018. The seminar, led by dog training expert, Scott Sheaffer, will help dog owners better understand what their dog is trying to communicate to them and to other humans or dogs around them.

April 9th, 2018. The Six-Week Class Will Focus on the Criteria Needed to Pass the AKC’s Canine Good Citizen Test.

January 24, 2018.  Fourteen Staff Members Receive a 2-Year Certificate for Completion of the Training.

October 9th, 2017.  More Than 300lbs of Dog and Cat Food Was Donated, Along with Countless Toys, Collars and Leashes.

September 18th, 2017.  The acquisition combines two of the most highly regarded pet services companies in the Dallas Metroplex.

September 13, 2017.  The annual donation drive kicks off Saturday, September 30th at Pet Supplies Plus in Richardson with a “Stuff the SUV” event.

August 31, 2017.  The Pawtoberfest Celebration Is a Pet-Friendly Gathering of Local Richardson Citizens and Their Dogs, Where Food Trucks, Pet Friendly Vendors and Live Music Entertainment Will Be Available.

July 5, 2017.  The Class Will Educate Attendees on How to Reduce the Number of Chemicals Used in the Home and How to Add Natural Oils as Healthy Alternatives to Benefit Pets and Family Members.

May 8, 2017: The NAPPS Forum Event in Chicago Brought Pet Sitting Company Owners from Across the Country Together for Networking and Educational Opportunities.

March 21, 2017: This Is the 3rd Consecutive Year Park Cities Pet Sitter Has Been Honored with the Dallas Voice Award.

February 17, 2017: Moore Interviews White Regarding Her Recent Win as the 2017 National Association of Professional Pet Sitter’s Business of the Year.

February 1, 2017: The Canine Life and Social Skills Curriculum Is Ideal for Dog Owners Who Want to Strengthen the Bond They Have with Their Dog.

Park Cities Pet Sitter Debuts New Mobile-Friendly Website this Week, Just in Time for Their Busiest Season of the Year.

December 19, 2016: The Award Is Given Annually to a Pet Sitting Company Who Demonstrates Outstanding Business Practices and Vision in Maintaining and Growing Their Business.

October 3, 2016: PCPSI’s Donation Drive Will Kick Off Saturday, October 22nd, with a “Stuff the SUV” Event.

August 29, 2016: New Scheduling Software Allows PCPSI Employees to Have Visibility to Their Schedule and Client Data Via Password-Protected Smart Phones and iPads.

July 11, 2016: Hiring Practices Are the Biggest Differentiators Between Pet Care Providers, So Clients Should Inquire about How Pet Care Givers Are Found and Screened Prior to Allowing Them Home Access.

June 30, 2016: New Park Cities Pet Sitter Logo Embodies Many of the Company’s Unique Characteristics that Have Made Them a Staple in the Pet Service Industry.

May 3, 2016: DFW Has Been Largest Job Creation Market in the Country Over the Past Year, Making Filling Jobs a Challenge.

August 25, 2015: Both Part-time and Full-time Positions Are Available, Consistent Schedule Availability is Required.

July 31, 2015: Park Cities Pet Sitter Participates in the NAPPS Presents 4 Pets Supply Drive for the Third Year in a Row as Part of Their Ongoing Efforts to Bring Attention to the Area’s Best Pet-Related Charities.

June 10, 2015: When Pets Are Family Members, Services that Improve Their Mental, Physical and Emotional Well-Being Are Prioritized.

May 13, 2015: Use of Smart Devices for Staff Monitoring, Scheduling and Accessing Customer Information Is a New Concept for the Pet Sitting Industry.

April 13, 2015: Park Cities Pet Sitter’s Training and Enrichment Group Dog Training Class Will Be Held at Glencoe Park in Dallas from 10am to 11am for Five Consecutive Saturdays.

December 18, 2014: New service option provides the extended one-on-one time that pets are accustomed to in the evening.

Dallas-based Park Cities Pet Sitter Advises: When Searching for a Pet Sitter to Care for Family Pets During the Holidays, Start the Search Early and Do Proper Research

October 31, 2014: Hiring a Bonded and Insured Professional Pet Sitting Company With Multiple Staff Members, Years of Experience, and Emergency Situation Training Is the Best Option During the Busy Holiday Season.

September 25, 2014: Donations for Recipient Organization, Duck Team 6, Can Be Accepted at the Stuff-the-SUV Event, at 5831 McCommas Blvd, or During a Scheduled Visit from a Park Cities Pet Sitter Employee Through November 8th.

Dallas-Based Park Cities Pet Sitter Stresses the Importance of Mindful Communication in This Month’s Staff Meetings, In Addition to Teaching the Signs of Burnout

The Word “Pet” May Be in Their Name, But Park Cities Pet Sitter Provides Hundreds of House Checks for Dallas Area Residents Who Do Not Have Pets

June 20, 2014: Park Cities Pet Sitter’s House Check Service Is Ideal for Residents Who Want to Deter Crime, Have Plants and Yards Maintained, and Have Mail, Newspapers, and Flyers Brought in While They Are Out of Town.

May 30, 2014: Park Cities Pet Sitter trains its sitters on pet first aid so they can recognize the signs of heat stroke in pets, and know what to do if it occurs.

May 15, 2014: Park Cities Pet Sitter’s Company Mission and Core Values Set the Tone for the Customer Experience They Strive to Provide Daily.

April 30, 2014: Keeping up with proper use of the many dog collars, harnesses, head halters, and leashes on the market requires ongoing training.

April 11, 2014: Some of the Country’s Largest Pet Sitting Companies Met in Dallas to Share Best Practices and Discuss Their Industry’s Future.

January 15, 2014: This is the 3rd Consecutive Year that Park Cities Pet Sitter Has Earned the Prestigious Angie’s List Award

December 23, 2013: Park Cities Pet Sitter commits to continued community involvement in 2014 to assist in reducing the number of unwanted litters and euthanized animals in the City of Dallas.

November 26, 2013: Planning in advance helps pet owners and their pet sitters during the busiest time of year for pet care.

November 15, 2013: Park Cities Pet Sitter raises over $4000 worth of donations and supplies for the Humane Society of Dallas County and Big Fix For Big D as part of the National Association of Professional Pet Sitters (NAPPS) “Presents 4 Pets” campaign.

September 26, 2013: Sewell Infiniti of Dallas Donates Use of an Infiniti QX80 for the Day to Support Park Cities Pet Sitter Pet Supply Drive Benefitting Big Fix for Big D and the Humane Society of Dallas County.

September 18, 2013: Canine Good Citizen® Test Will Be Administered November 21st, 2013 for Both Intermediate Group Class Participants and for Any Other Dog Owners Interested in Having Their Dog Take the Test.

August 13, 2013: Sewell Infiniti of Dallas to Donate Use of a Q56 SUV for the Day to Support Park Cities Pet Sitter’s Event.

June 17, 2013: Park Cities Pet Sitter, Inc. has selected the Humane Society of Dallas County (dba Dog & Kitty City) and Big Fix for Big D as the two organizations that will receive monies and supplies from its “Presents 4 Pets” campaign.

May 24, 2013: Planning in advance for potential emergencies can significantly increase the chances of saving pet lives, and being reunited with pets after natural disasters.

May 13, 2013: Park Cities Pet Sitter President Joette White Invests in Additional Staff Training in Order to Continue to Elevate Her Company as the Premier Pet Sitting Company in Dallas.

Dallas’ Park Cities Pet Sitter, Inc. Discusses What Many Pet Owners Fear the Most; the Inevitable Death of their Beloved Pet(s)

April 25, 2013: Planning in Advance for the Final Farewell to a Beloved Pet is Becoming More Common, and Allows for a More Peaceful Passing of a Furry Family Member.

March 26, 2013: PCPSI dog training services are customizable based on a dog’s needs: group dog training classes, individualized in-home training sessions by the hour and starter packages for new puppies are all available.